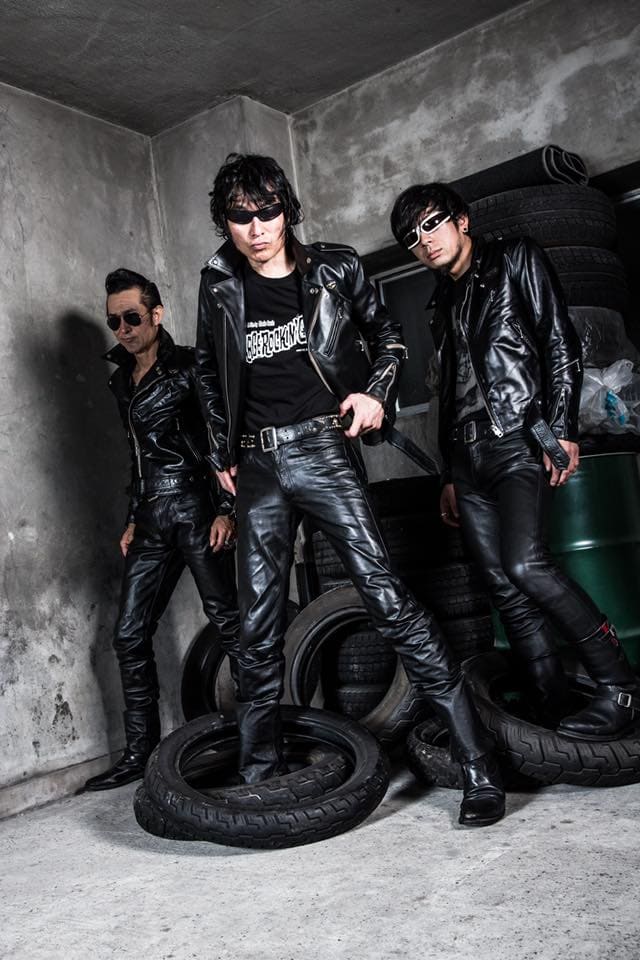 Come and show these Japanese rockers that Halden knows how to tear it up!

“Don’t move needle, just red zone” – this quotation by Guitar Wolf during a recording session shows what Guitar Wolf is all about: Three guys and their dedication to true Rock’n Roll!

In contrast to many other rock bands, Guitar Wolf is truly living the Rock’n Roll lifestyle like no one has ever done before and you can hear that in their songs: Sweat, blood, tears and unfiltered pure energy result in wild and destructive Rock’n Roll anthems!

But Rock’n Roll is still not enough for a band like Guitar Wolf and so they launched a whole new genre called „Jet Rock’n Roll“, which depicts best the wild mixture of Punk, Rock and Noise!

Guitar Wolf has gained a cult status all around the world, like no other Japanese band before!

Their fierce live performances and apperance in the Trash-Rock’n Roll movie „Wild Zero“ caused a lot of attention all over the world.

This website uses cookies to improve your experience while you navigate through the website. Out of these, the cookies that are categorized as necessary are stored on your browser as they are essential for the working of basic functionalities of the website. We also use third-party cookies that help us analyze and understand how you use this website. These cookies will be stored in your browser only with your consent. You also have the option to opt-out of these cookies. But opting out of some of these cookies may affect your browsing experience.
Necessary Always Enabled
Necessary cookies are absolutely essential for the website to function properly. This category only includes cookies that ensures basic functionalities and security features of the website. These cookies do not store any personal information.
Non-necessary
Any cookies that may not be particularly necessary for the website to function and is used specifically to collect user personal data via analytics, ads, other embedded contents are termed as non-necessary cookies. It is mandatory to procure user consent prior to running these cookies on your website.
SAVE & ACCEPT